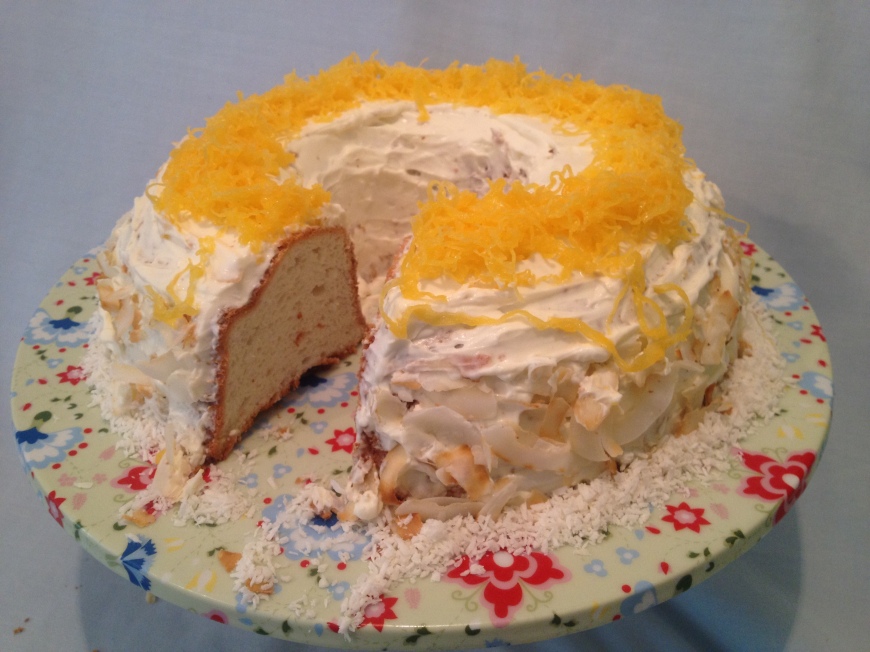 It was always going to happen. Another year, another Great British Bake Off, another rush of trying the show’s recipes.

This week I decided to finally have a go at 3 recipes I’ve been meaning to for a while. 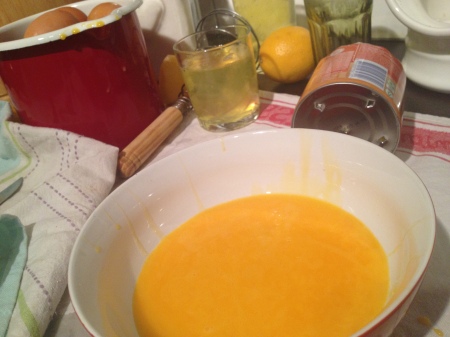 On Tuesday, after much anticipation, the new series of The Great British Bake Off finally started!  Having worked up to the last minute before the show and with no time left to cook, I got myself a bowl of cereal and settled for an hour of emotional cake rollercoaster. The nerves, the suspense, the laughter, the oohs and ahs at the creative talent coming up with Gaudi-inspired tower cakes, it all left me exhausted. Mel and Sue remain at once hilarious and very sweet and protective of the contestants; Mary Berry delivered the authoritative yet benevolent presence. And Paul Hollywood remained the fair judge with a firm hand. It’s such a predictable formula, but, just like the sandwich cakes on the first round, it’s comforting and never seems to get old. My only criticism: they could have given us a double bill season opener. I had to spend the next hour on Twitter to get the GBBO chatter out of my system. 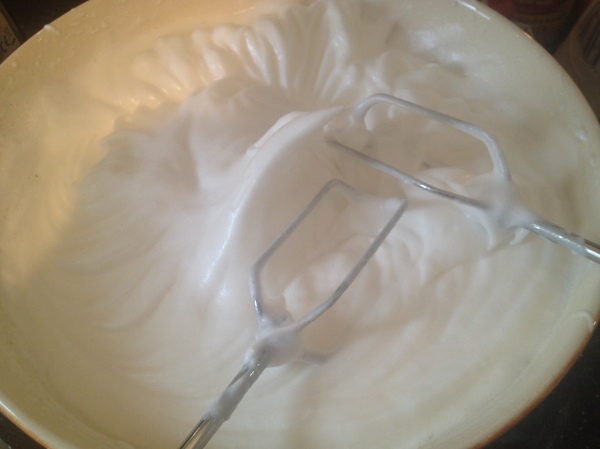 The technical challenge was an angel food cake. I had this cake on my to-try list since I first read about it a while ago on David Lebovitz’s blog. It looks very white, light and pure, and I imagine very easy to mop up with a glass of cold milk. Or champagne. Looking at American recipes online, there seems to be a firm division between camp pure and simple, and those who prefer adding a bit of jam for the taste and colour contrast. Mary Berry apparently likes hers with sweet whipped cream. I’m not a fan of whipped cream on cakes, but an alternative quickly sprang to mind: I’ve also been meaning to try a coconut frosting for some time. I love coconut a great deal. It always annoys me when I come across coconut cake recipes, and it’s actually vanilla cake with vanilla buttercream, the only coconut in it being the shredded variety on top of the frosting. That’s not a coconut cake! So, I quickly got excited about making the angel food cake and topping it up with actual coconut icing. For a bit of colour, my own technical challenge: angel hair. Or Fios de Ovos, as I know them. 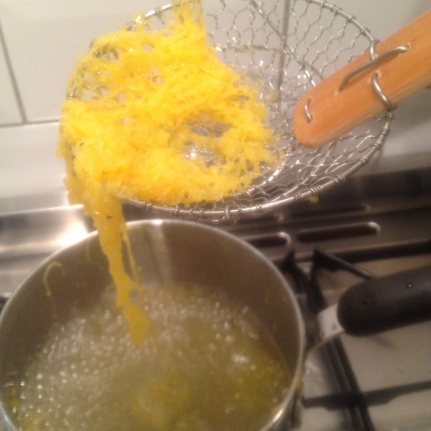 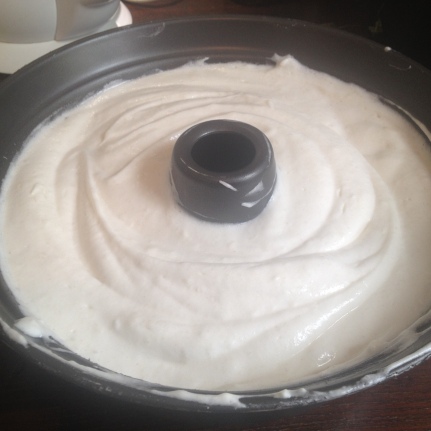 Now, please hear me out. I KNOW this may sound strange and possibly repulsive, but it is a truly marvellous addition to desserts, and I am amazed it is not more widespread outside its native Portugal. Made with a gargantuan amount of egg yolks and sugar, these eggy threads are very popular in Brazil – I suspect possibly more well-known there than in Portugal. It is one of the sweets I dedicate hours to every time I visit Sao Paulo, marvelling at the resilience of my liver. It is surprisingly delicate and light for something that uses so much sugar, and juicy  and sweet at every bite. I had never made it before, but this looked like the perfect opportunity. Since the cake took 12 eggs whites, I’d use the yolks for the angel hair. 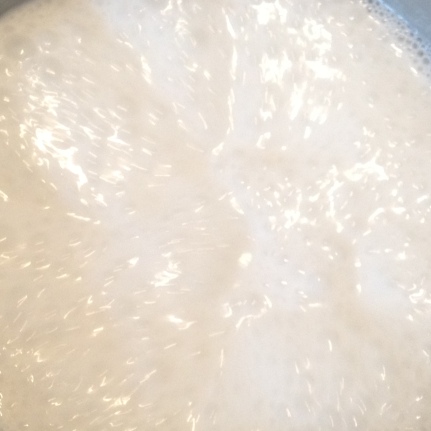 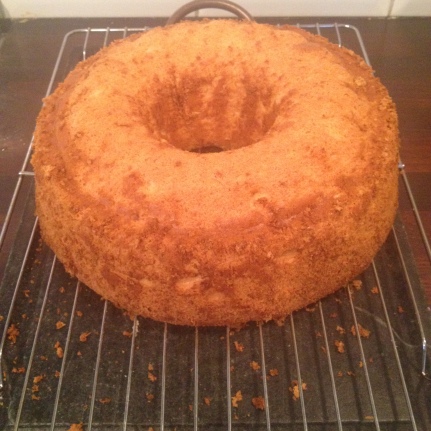 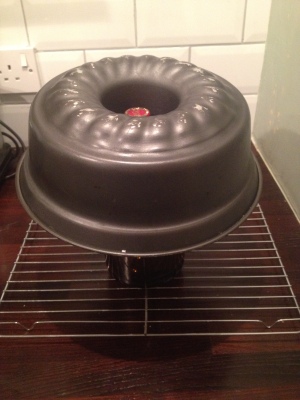 The angel food cake: it requires a special ‘non-non-stick’ tin with legs, to allow the cake to rest upside down after baking without falling out. Since it’s made with a lot of stiff egg whites and little else, it’s very airy and fragile when warm, and it risks collapsing under its own weight if you remove it too quickly from the tin. And so I toured the cooking shops and department stores of London looking for the special tin, feeling like a right fool running to the shops whenever the telly tells me to do so. (yes, I could have ordered online, but I wanted it NOW!) The standard reaction was: ‘ah, you’ve been watching the GBBO, haven’t you? No, we don’t have them.’ Now, a word to the British entrepreneurial minds: this is a massively – massively – popular show. It attracts the sort of obsessives like me who of course will run and make the recipes they see on the show. Is it really much of a leap to work with the show’s PR, anticipate and prepare for the obvious demand? I had the same problem over a decade ago when cupcakes started becoming popular after the famous Sex And The City episode and the success of Magnolia Bakery. It took a good 3 or 4 years for cupcake cases or stands to be available in shops over here. Anyhow, I didn’t find the tin, but used the trick of resting a bundt cake tin upside down on the neck of a bottle. I also spread a thin layer of raw batter over the surface of the cake to try to make sure it stuck to the tin, which was non-stick and the only one I had. It worked! The cake rose beautifully, stayed put in the tin after baking, and finally came out once cool in one glorious piece. It did not collapse. It was springy and very, very light.  And at this point, I want to take a moment to say Thank You, America, for Angel Food Cake. If the world was a logical place, this would be known as wedding cake, because it would fit so well with most wedding decorations I can think of, and the lightness of it would be so welcome after a wedding feast. Although it is hard to improve on a name such as angel food. 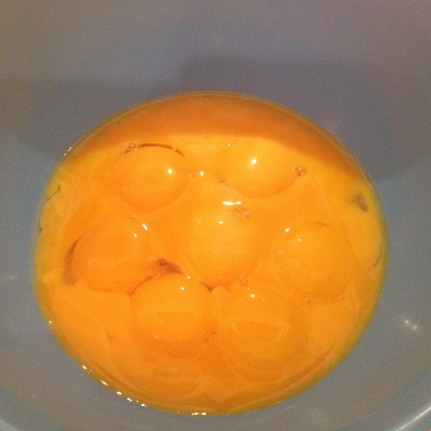 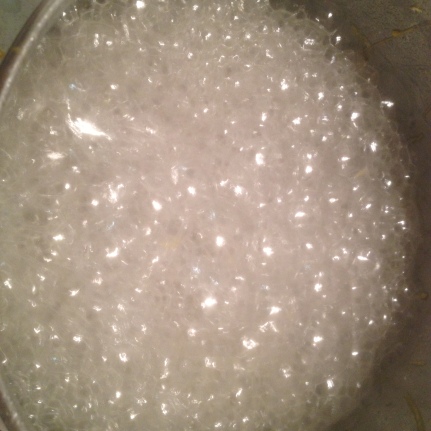 The coconut frosting: is it too sad to admit that I dedicated a great part of my 4 day long weekend to perfecting this? None of the recipes I found quite did the trick, so I made this up with cream cheese, double cream and reduced coconut milk. It’s fresh and tangy and has a hint rather than a full-on taste of coconut. 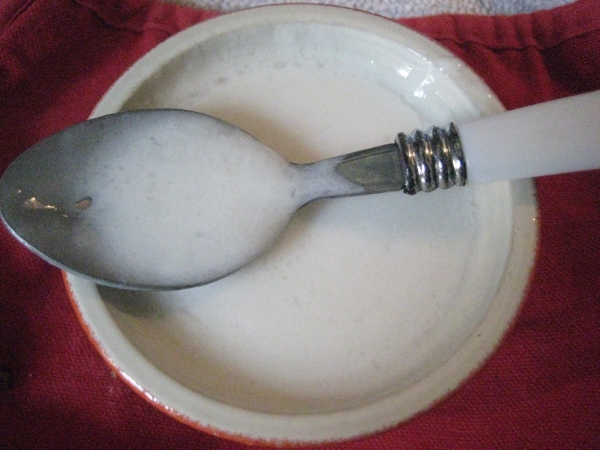 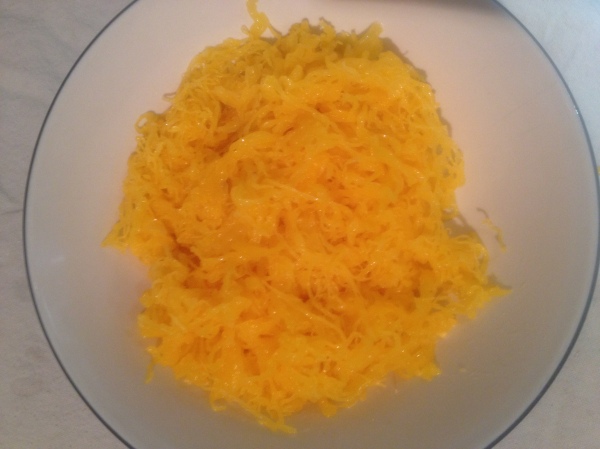 And now for the fios de ovos (angel hair): it seemed the week was determined to throw obscure kitchen utensils at me. If you want to make this like a pro, you’ll need a special mug-funnel that I did not even attempt to look for. What you need to do with this dessert is have a cup of hardly beaten eggs yolks, then slowly and steadily pour a drizzle of yolks over a pan with steaming flavoured sugar syrup. Yes, it is essentially sugared egg yolks, but you really must try this to understand just how special it is. You could do this with a small sieve, but the specially designed funnel has larger holes that ensure continuous and long threads. I improvised: I got a small tin and made 5 large holes in it. It worked. The bright yellow threads looked striking over the fluffy white frosting. And the cake was as unique and delicious as described by every angel food cake enthusiast I met. If only Mary Berry could see me now! 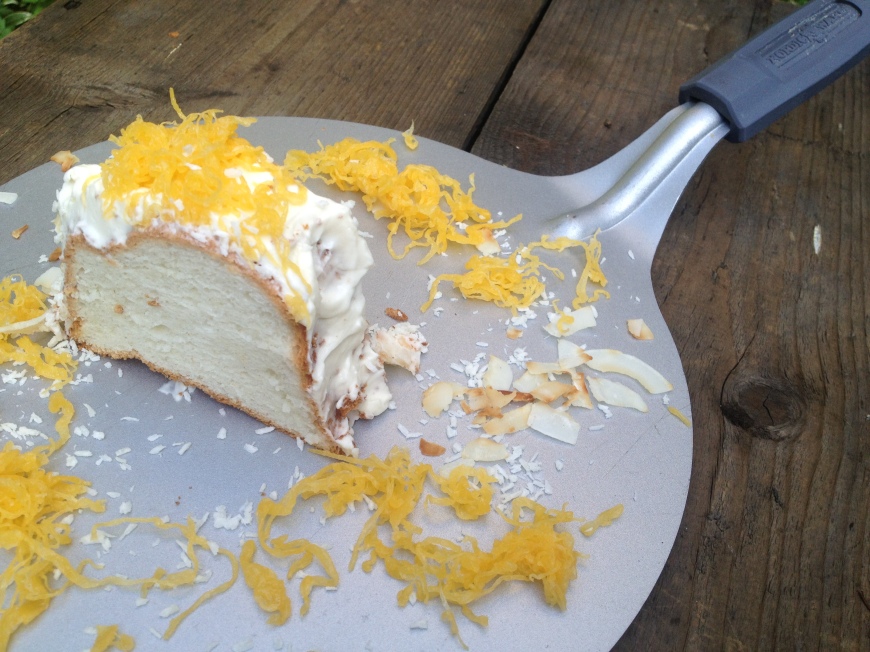 I went with almost the exact same recipe from David Lebovitz’s blog, which I am copying here with a few comments.  I’ve adjusted the amount of eggs slightly, and replaced cake flour – not easily available in the UK – with a mix of  all-purpose flour and a small amount of corn starch. His recipe states 45 minutes baking time. Mine was ready in just under 40, so start checking early.

If you have an angel food cake tin, use that. Do not grease it. Otherwise, a tube or bundt cake tin will do the job, but do not use non stick ones. As soon as the cake is ready, turn the improvised tin over the neck of a bottle – see step 6 below.

3. Whip the eggs with an electric mixer. When they start becoming foamy, add the cream of tartar and lemon juice.

4. Increase the speed to high and continue to whip the egg whites until they just begin to hold their shape in soft, droopy peaks. Gradually whip the remaining 1 cup of sugar into the whites, 1/4 cup at a time. Do not overwhip; the egg whites should not be overly dry or stiff, but soft and cloud-like. At the last moment, mix in the vanilla.

5. With a rubber spatula,  fold the flour and sugar mixture into the whites gradually, a small amount at a time.

6. Spoon the batter in the pan, smooth the top, and bake for 40 -45 minutes. Remove from the oven and immediately invert the tube pan over a cooling rack. If the pan doesn’t have “feet”, set it over the neck of a heavy bottle or overturned metal funnel, using the center hole of the pan to hold the cake, until completely cool – at least an hour. 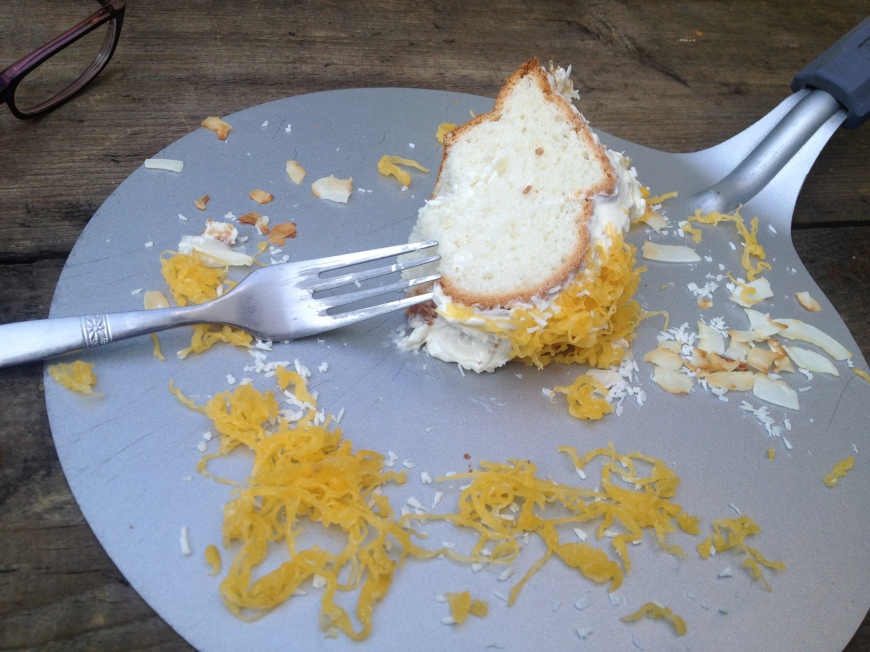