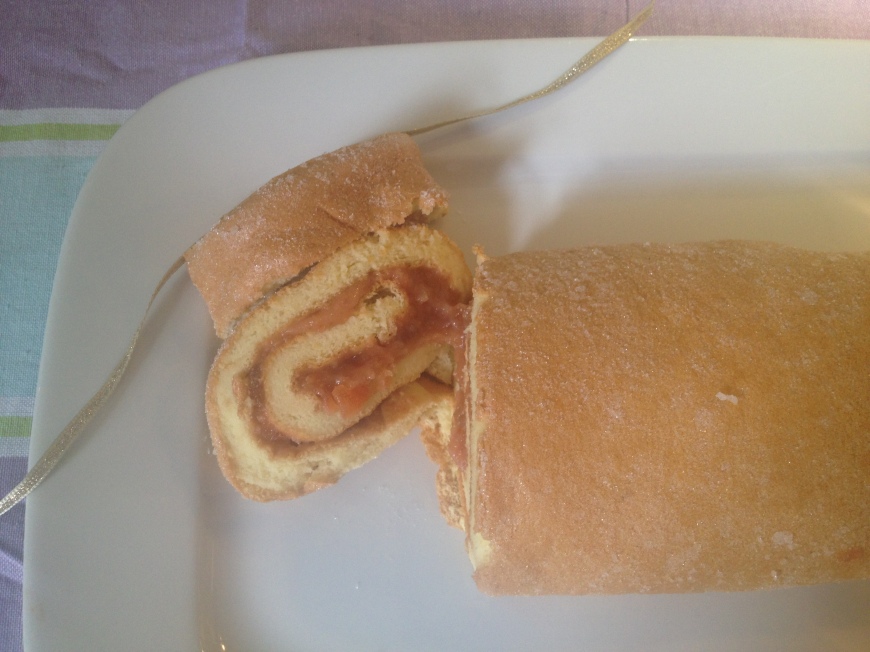 I love swiss roll. It looks so romantically pretty, and every bite offers an equal portion of light sponge, jam and cream. How not to like it? Growing up, my favourite one was filled with guava jam. Which brings me to another great love of mine: guava. On one of the many hours of my life I waste creating lists of top 5 best dishes, best ever desserts, or 5 ingredients I couldn’t live without (butter heads that list, thanks for asking), I recently asked myself what my Desert Island food would be. And I have almost decided it would be guava. Apart from the fact that it smells and tastes like a dream, it is also full of vitamin C – that’s that scurvy dealt with when I’m sailing away towards shipwreck. Considering the amount of time it takes to eat it, with all those millions of pits to spit out, and then the other many hours to get rid of the smaller pits stuck in your teeth, it’s the ideal fruit to keep me occupied at the island. 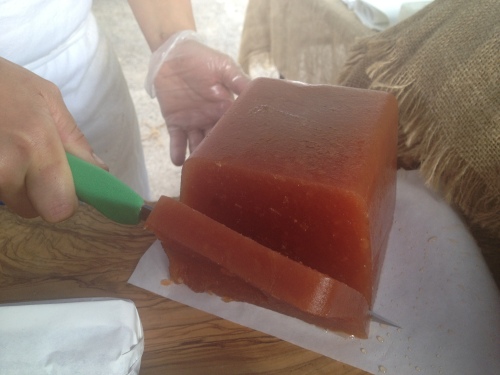 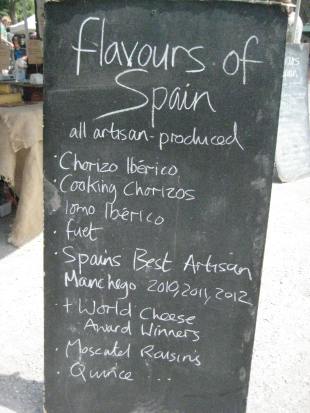 Now I live in England and guava is so hard to come by, I am always on the lookout for alternatives. It was with that mother of all problems in the back of my mind that I came to the Flavours of Spain stall at my beloved Brockley Market. Amongst manchegos and serranos and ibericos and olives, they had this beautiful block of quince paste. In Brazil, a 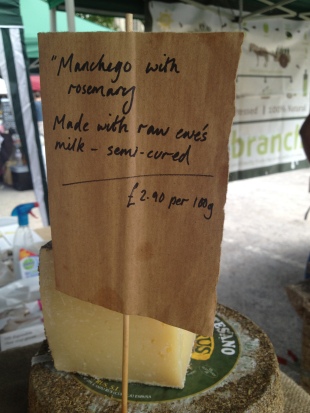 popular use of the versatile guava is a paste called goiabada, which must be one of my favourite things on this earth. Relatives and friends visiting from Brazil, take note: goiabada always makes a wonderful present. Similar in looks to quince paste, it has a very concentrated guava flavour, a thicker and stickier consistency and, in typical Brazilian fashion, a ton of sugar in it. If you can’t feel the tooth decay advancing as you eat it, you’ve been robbed. A classic dessert in Brazilian cuisine is called Romeo&Juliet (how lovely is that?), and consists of a big fat slab of goiabada next to a slice of fresh cheese. You see where I’m going with this. What if I replace goiabada with quince paste,  add some cheese and fill a swill roll with it?

Reader, that is exactly what I did! But first, a confession: my love of swiss roll reaches some 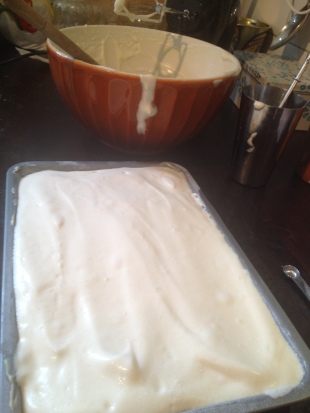 dark corners of my appetite. I also love that cheap, industrialised one with synthetic strawberry flavour. The one only available in the worst corner shops, with the big yellow 99p price stamped on the packet and not an ounce of natural anything in it. I can’t help it. Now and again, I get a craving that will not be quenched by anything but the junk shop bought strawberry swiss roll. So, you see, in making the transfat-free quince swiss roll I was hoping to achieve something pure and beautiful and be free once and for all of this ugly addiction. 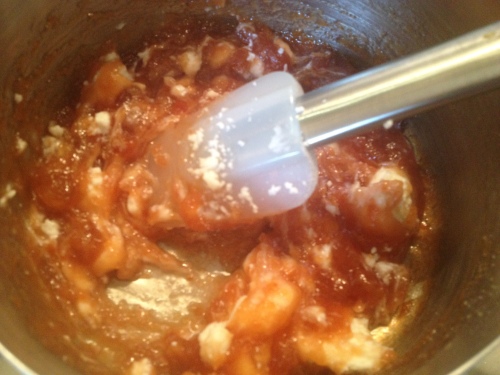 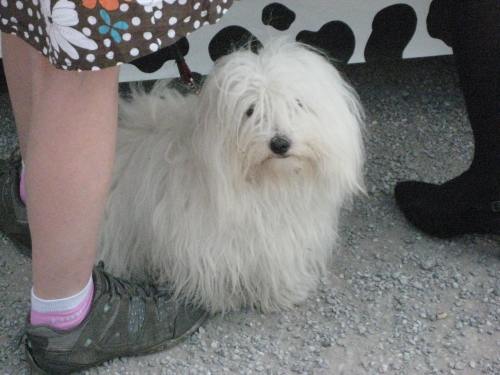 The market attracts all sorts of punters

Given that I was looking for Brazilian flavours, I went with a local recipe from the wonderful Brazilian food site Panelinha. Different from a classic British swiss roll, it does not use any raising agent. It relies on the stiff egg whites for volume. It also bakes for a shorter time. Along with a smaller quantity of flour, it uses potato starch. I’m not sure what the science behind this is, but I believe potato starch is a stronger and quicker thickening agent than flour, which helps keep the dough from breaking when you roll the cake. I think. Or if you know any different, please tell. I didn’t add any vanilla to the dough, as I wanted a neutral taste that would allow the quince to shine. 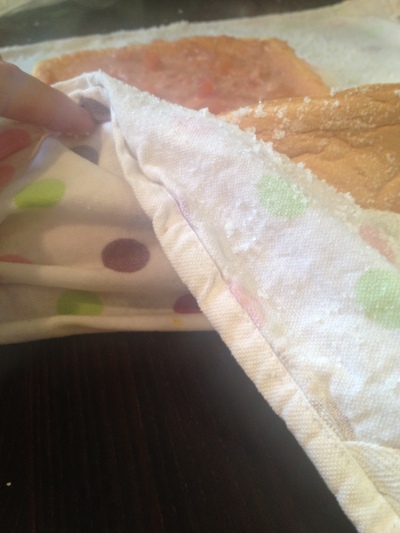 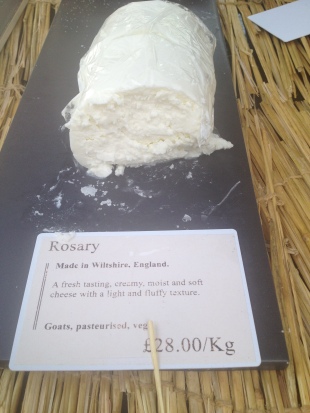 The quince behaved like a star. Much less sweet, yet very marked taste even after baked.  And no, it does not taste anything like guava. I also looked it up, and they do not seem to be related, despite it looking so similar. I picked up a cheese called Rosary while I was still l at the market. It’s a goat’s cheese, but very fresh and did not taste savoury, but quite refreshing as a filling.

I’m still calling it Romeo and Juliet swiss roll because it’s too good a name to miss. And the good news is,  after eating this, I have not yet given the 99p variety a second thought! 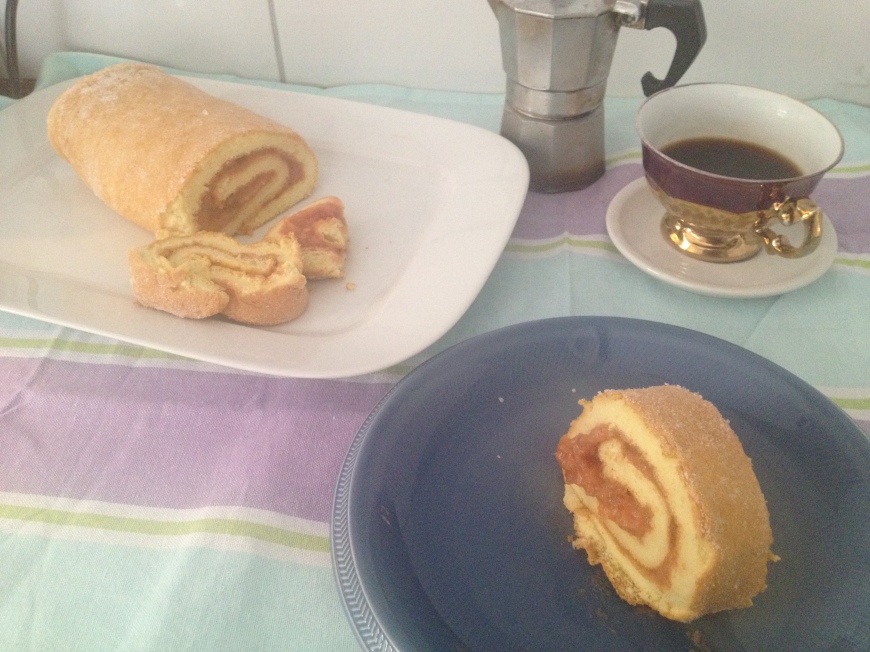 2 thoughts on “Quince swiss roll, a Shakespearean cake, and a guilty secret”